If you’re a long term reader of ours, you’ll know that here at Stone’s Throw Media we’re a very casual bunch.

Patrick drinks his tea out of a Tigger mug. Tom gets his Christmas shopping delivered to the office. Mike sometimes wanders in at 9:28am wearing a sarong. That sort of thing.

But on Friday 17th November 2017, we were forced to get smart, as that was the day/night of the Black Country Chamber of Commerce Awards Evening for 2017!

We were literally* over the moon to not only be invited to the awards evening but to be nominated too – in the prestigious ‘Small Business of the Year’ category alongside BCRS Business Loans and CSCM Limited.

So, after work was done for the day, we donned our best bib and tucker and made our way to Wolverhampton Racecourse for a fantastic evening of entertainment, celebration, and, of course, awards!

There was an array of stuff going on at the outset of the evening, including poetry, speeches, and a video message from the one and only ‘Queen of the Black Country’ Doreen Tipton – all of which was compered superbly by Phil Upton from BBC Midlands.

After all that, it was time for dinner!

We were treated to “Groaty Puddin” (no, we’re still not entirely sure ourselves, but it was nice), faggots and peas, and a chocolate tart – all of which were very much appreciated!

And so to the crux of the evening – the awards.

As we haven’t mentioned it 17 times already or shouted it from the top of our building with a loud hailer, you’ve probably guessed that, sadly, we didn’t win the award for Small Business of the Year.

That accolade went to BCRS Business Loans – and well deserved it was too. As friends and office neighbours of ours, we’d like to congratulate them on their success.

Nevertheless we still had a great time, and our thanks must go to the Black Country Chamber of Commerce for their fantastic organisation of the event, the Wolverhampton Racecourse for wining and dining us, and our invited guests for joining in the evening with us. 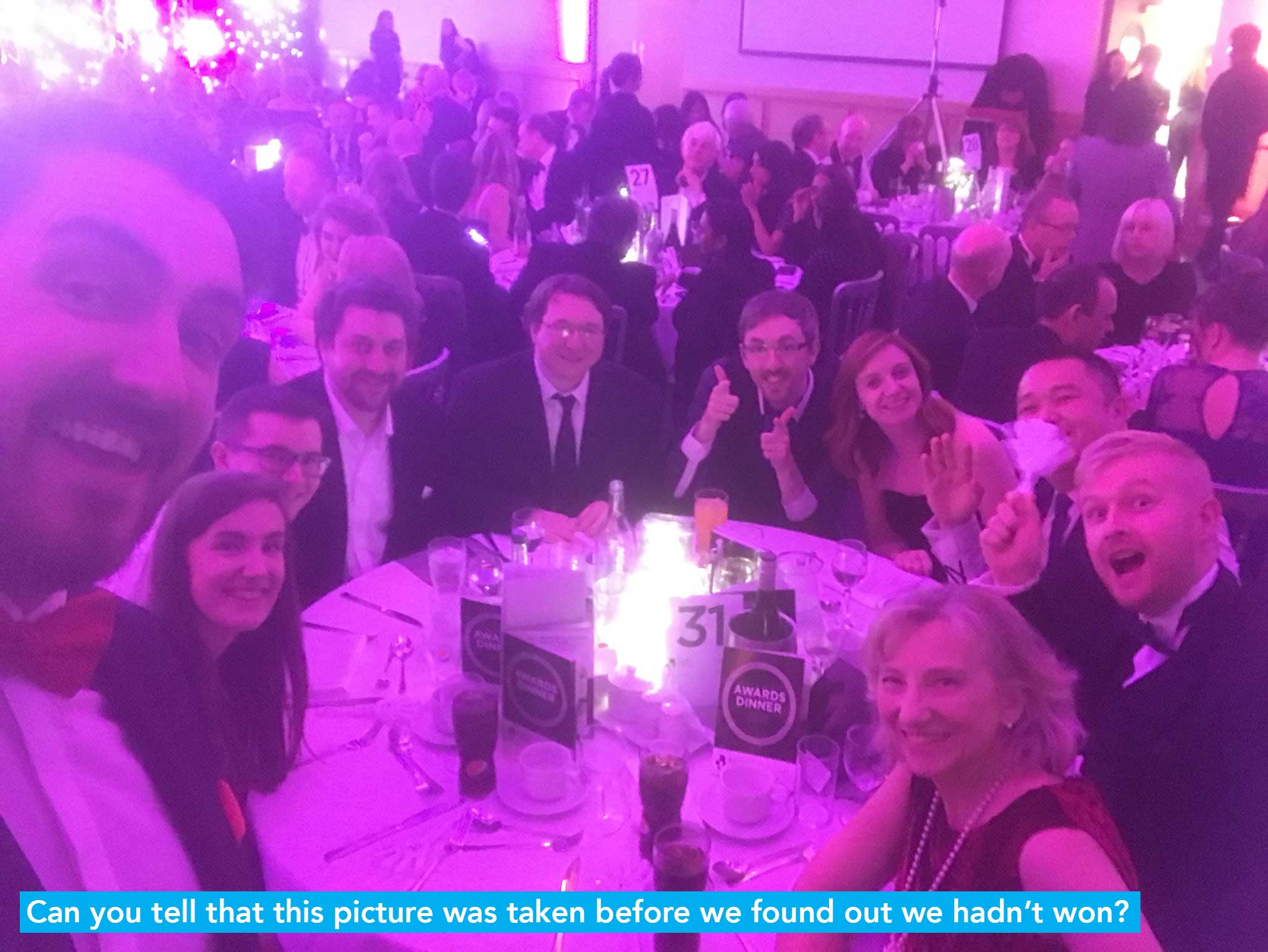 Now, if you’ll excuse us, we’re busy working out a way we can get a nomination or two for next year’s bash…