We created a motion graphics explainer video for Birmingham City University on their Urban Manufacturing project.

The aim was to show the impact of the project to policymakers as well as interested parties.

The objective of the Urban Manufacturing Project is to ensure that collaborative makerspaces thrive.

They achieve this through identifying best practice, testing policy approaches and supporting our cities/regions in creating receptive conditions.

Often explaining key themes that are less visual and more conceptual lends itself to animation. This case was no different which is why a motion graphics explainer video was exactly what was needed to fulfil the brief. After working closely with the client on the script, we proceeded to create the animation storyboard. 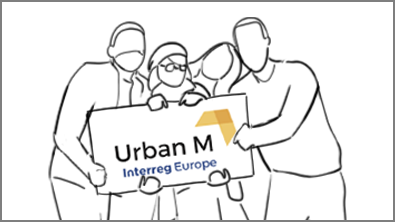 We then got to work on the animation. It consisted of a series of drawn images, some animated parts, swipes, clever transitions and parallaxing. This created a really cool effect and kept the pace of the animation up.

Our Animation Assassin*, Preeti, had this to say about the project:

“It was fun working on this one - the team had some previous posters made and were interested in a drawn style. We went for a painted look and it is always refreshing to put a little spin on an animation project. We’re really pleased with how it turned out.”

*That is Preeti’s real job title and we all have light hearted ones here - if you want to know what Mike’s is you’ll have to get in touch with him! What a cliffhanger!

Are you interested in a motion graphics explainer video for your organisation? Who you gonna call? No, not ghostbusters you silly billy, they don’t make animations - call Stone’s Throw Media today!